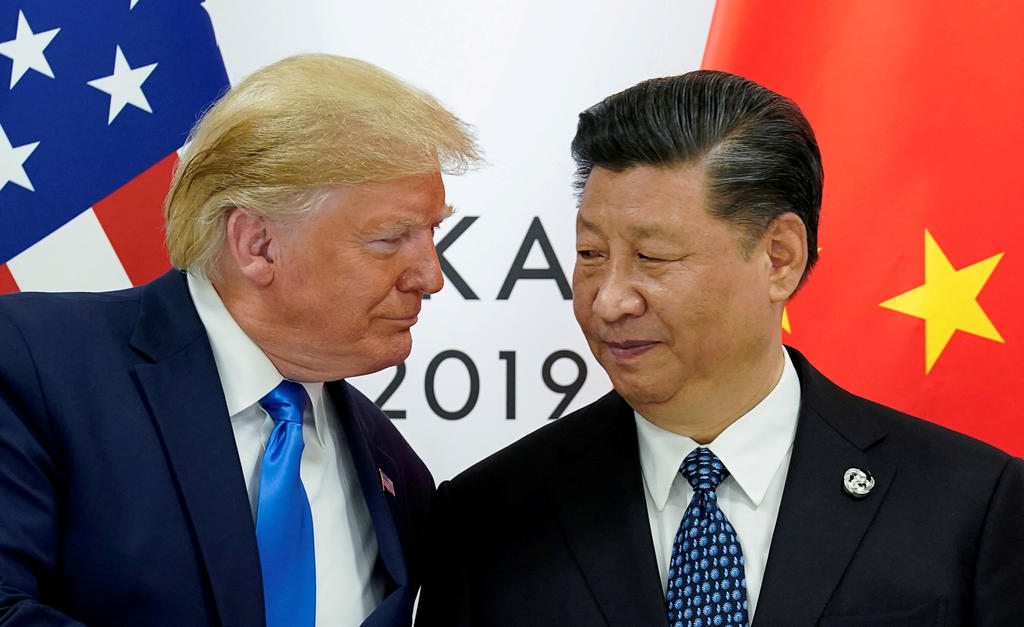 The coronavirus has disrupted supply chains and demand across the global economy, but it is the prospect of Europe becoming a casualty in the US-China tech war that keeps the president of the European Chamber in China “awake at night.”

“When two elephants dance it’s hard to stand aside and not be impacted,” said Jörg Wuttke, who is also the chief representative in China of German petrochemicals giant BASF.

China is starting to recover from the coronavirus that was first identified in the central city of Wuhan in December before spreading across the world, infecting more than 8.3 million people. Fears of a second wave have grown after an outbreak in Beijing last week.

But the coronavirus is “one challenge that I think can be handled”, Wuttke said over a video-link from his home in Beijing.

He was due to attend the launch of a confidence survey from the chamber’s south China chapter in Guangzhou, but stayed away due to the re-emergence of coronavirus in the capital.

European firms are currently “navigating in the dark”, due to the uncertainty brought by the virus, Wuttke said.

But he nevertheless sees getting caught in the crossfire between the United States and China as a longer-term threat.

“When it comes to the kind of US-China trade war, the tech war which is unfolding, the possibility of a finance war, it’s something which is going to be longer lasting, it’s going to be more damaging, and it’s definitely going to bring huge uncertainty,” he said.

“We have a complete reliance on American semiconductors, as does China,” he said. “We also have a huge market here (in China).

“The ultimate worry of course is if then the US or China turn to us and then say ‘will you please make a choice – are you going with us or against us?”

The move effectively banned US firms from doing business with the world’s largest telecom network gear maker and escalated a trade battle between the world’s two biggest economies.

Wuttke said that despite years of lobbying, European businesses continue to face an unfair playing field in China, also in emerging tech fields like 5G.

“Ericsson in snatching up orders (in the Middle East) and Africa and Asia, and, of course, in Europe it is competing with Huawei head on,” he said.

“But they can’t really compete here, which of course gives you a very, very big disadvantage, because China is 50 percent of the possible 5G market.”

The south China business confidence survey found little appetite for its members to leave the region, where they enjoy close access to manufacturing supply chains, with 88 percent saying they had no plans to relocate in the next three years.

Yet the wider chamber’s confidence survey also found that 44 percent of respondents expect the regulatory environment to worsen in the next five years.

Wuttke explained the apparent contradiction was down to companies remaining confident of the growth opportunities in China, which his company expects to account for 30 percent of global growth over the next decade by a conservative estimate.

South China also continues to offer the best environment for foreign companies to operate in, explained George Lau, the chamber’s vice president and the general manager of TÜV Rheinland, a certification company.

(This story has not been edited by Technology News staff and is auto-generated from a syndicated feed.)

Amazon Flex Delivery Programme Expanded to Over 35 Cities in India