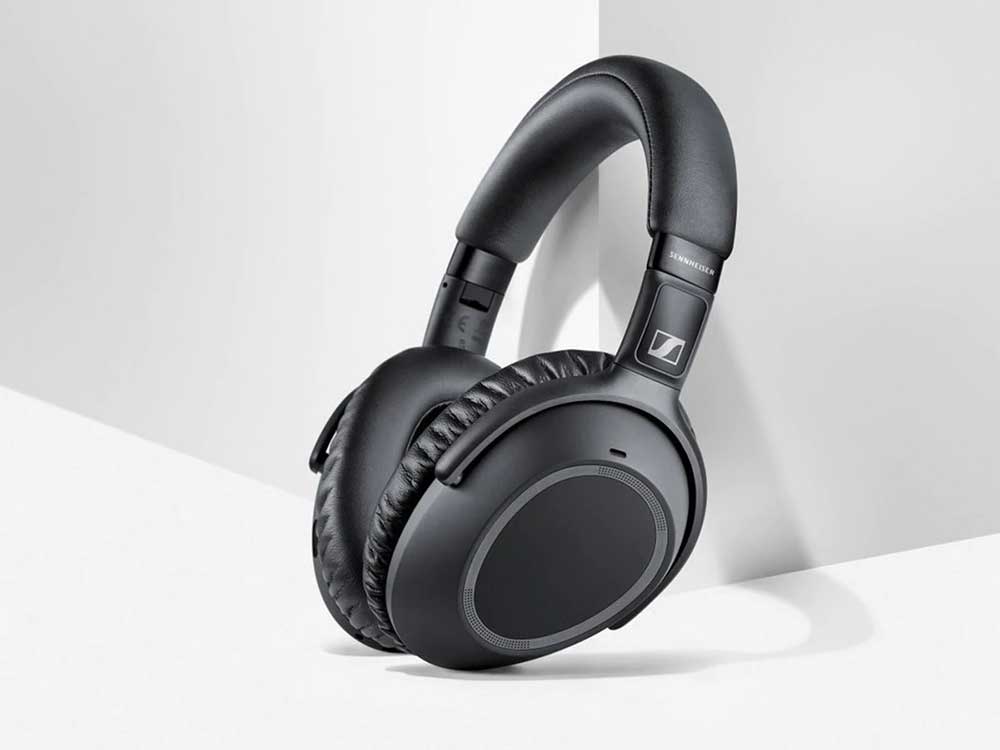 The headphones aim to offer a 30-hour battery life and instant voice assistant access. The HD 450BT also features active noise cancellation. They also come with a dedicated voice assistant button which enables voice interaction with Siri or Google Assistant at a touch, while intuitive physical buttons on the earcups make it easy to control music and calls.

These products will be available on online platform such as Amazon, Flipkart, company’s own website and other leading electronic retail outlets in India.

Lenovo has teased an imminent launch of its HT10 Pro truly wireless earphones for the Indian market. The wireless earbuds will arrive with EQ technology support and will be an affordable offering from the company.

Dubbed as Lenovo TWS HT10 Pro, the wireless earbuds will be priced at Rs 4,499. The new EQ technology brings two preset equaliser frequencies on a low-cost device. The company says that this was currently only possible in very high-end devices. The Pro variant will come with a few improvements, including the new EQ technology. To recall, the HT10 earbuds were launched in India last September, with a price tag of Rs. 3,999.

The Lenovo HT10 Pro is an improved version of the original Lenovo HT10 true wireless earbuds which was launched back in September 2019. According to official notes, the wireless hearables will arrive with the new EQ technology, with two preset equalizer frequencies. Lenovo stated that the feature is generally only available in higher priced wireless earbuds, unlike the HT10 Pro.

In simpler terms, EQ technology is a method through which frequencies can be switched between multiple modes to allow for a better audio experience. Meaning, users can switch for a frequency better suited for different types of music, like clarity for deep meaning songs with lyrics or bass-heavy frequencies for hip hop or electronic-based genres. The two preset modes are called Pure Music and Extra Bass respectively.

For battery life, the HT10 Pro TWS earphones offer up to 48 hours of playtime when paired with its rechargeable charging case and about 200 hours of standby time. The new version is powered by Qualcomm’s 3020 chipset and features Bluetooth 5.0 that offers a range of 20 meters. aptX audio codecs support are included as well, which is another positive point.

Realme on Tuesday, December 17 launched its much-hyped true wireless earbuds, the Buds Air alongside the new smartphone, Realme X2. The first truly wireless earbuds from Realme that would take on the Apple AirPods 2 are scheduled to debut in India. The Chinese smartphone maker has been raving about their entry into wireless earbuds for some time now before finally unveiling the product today.

Meanwhile, a report has surfaced online that reveal the earbuds in detail. The Realme Buds Air is claimed to come with a proprietary R1 SoC that could be Realme’s answer to Apple’s H1 chip powering the AirPods 2. The new earbuds are also rumoured to deliver as much as 17 hours of battery life on a single charge.

Realme Buds Air, the Chinese smartphone maker’s first truly wireless earbuds, are here. Announced on Tuesday alongside the Realme X2 at an event in New Delhi, the earbuds come with a design that is quite reminiscent of the Apple AirPods. The earbuds join the company’s growing accessory portfolio in India that the company wants to further expand as we enter the New Year in a few days. Realme claims that Buds Air can provide a total of 17 hours of music playback on a single charge, however, there is a caveat. This backup includes the time provided by the extra charge present in the wireless charging case of the earbuds.

Resembling the design of Apple’s AirPods 2, the Buds Air carries a much less price tag of Rs. 3,999 and comes in three attractive colours – black, yellow and white, these went on the sale for the first time in the company’s Hate-to-Wait sale at 2 pm on Tuesday. The next sale for Realme Buds Air is scheduled for December 23. The Realme Buds Air will be offered via Flipkart and Realme.com.

The Realme Buds Air is currently the cheapest true wireless with wireless charging support earbuds available in the Indian market. At this pricing, Realme Buds Air will be competing with the likes of Leaf Pods and Noise Shots X3, both of which are also available under Rs. 5,000 in the country.

The Realme Buds Air is currently the cheapest true wireless with wireless charging support earbuds available in the Indian market. According to company claims, the Buds Air has the capacity to last for up to 17 hours of music play.

In terms of the features, Realme Buds Air comes with a 12mm bass boost driver, multi-layer composite diaphragm, and environment noise cancellation support for calling. The earbuds also support dual-channel transmission and the company has added a dedicated gaming mode with low-latency.

The earbuds are powered by custom R1 chip and Bluetooth 5.0 connectivity, specially designed for gamers who love their sound effects, to say the least. Apart from that, the earbuds come with a significant low-latency mode and reduce latency by 51% when you’re playing a game. Latency is the short delay between an audio signal being sent and when you can hear it. You won’t notice it when listening to music, but if you’re watching a video or playing a game, it can cause the sound to be out of sync with the picture.

Below is the breakup of the various controls:

Triple-tap: Skip to next song.

Press and hold one side: Launch voice assistant; end/decline a call;