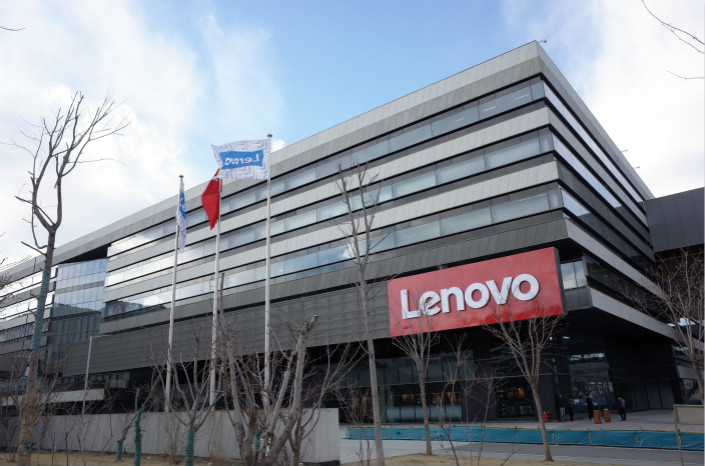 Shares in the company rose by as much as 9.7 percent after its results, and were on course for their biggest daily percentage gain since March 30.

Lenovo said a recovery in IT spending was fuelling demand and supporting higher average selling prices of its products, and it expected the total personal computer market would continue to grow over the next five years.

“We will continue to increase R&D investment, aiming to double it over the next three years.”

The results were the first earnings released by the company since it reorganised its business groups in February.

Analysts say pandemic-driven consumer demand for PCs is starting to slow, but shortages of components like chips, driven by stronger-than-expected global demand for PCs, tablets, and electronic cars, remain an industry concern.

Worldwide shipments of personal computers rose 13 percent year-on-year to hit 82.3 million units in the second quarter of 2021, with desktop shipments growing for the first time since the fourth quarter of 2019, research firm Canalys said in a report last month. 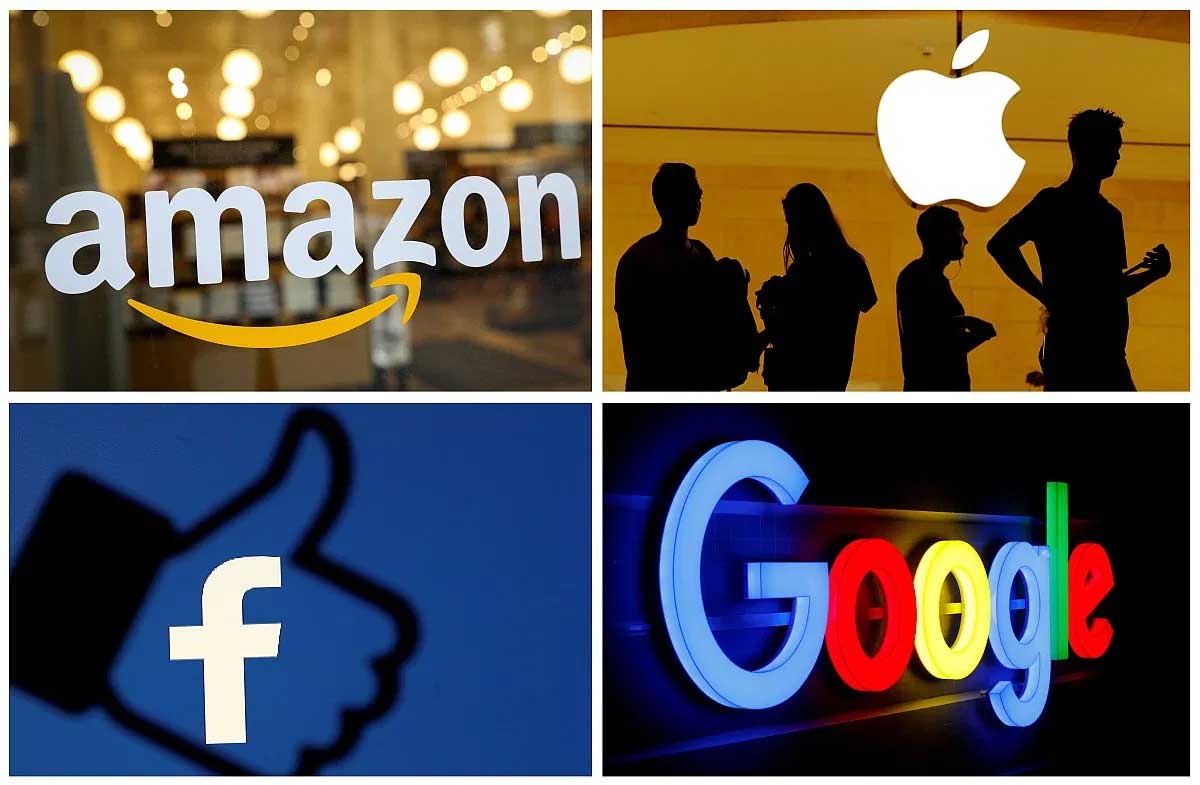 About a dozen US senators from both parties on Monday formally introduced a bill that would bar Big Tech platforms, like Amazon and Alphabet’s Google, from favouring their products and services. The bill follows others introduced with the goal of reining in the outsized market power of tech firms, including industry leaders Facebook and Apple. Thus far none became law, although one, which would increase resources for antitrust enforcers, passed the Senate.

Senators Amy Klobuchar and Chuck Grassley’s bill would prohibit platforms from requiring companies operating on their sites to purchase the platform’s goods or services and ban them from biasing search results to favour the platform.

A companion has passed the House Judiciary Committee. It must pass both houses of Congress to become law.

Reuters reported on Wednesday, after reviewing thousands of internal Amazon documents, that Amazon’s India operations ran a systematic campaign of creating knock-offs and manipulating search results to boost its own private brands in the country, one of the company’s largest growth markets.

When news of the bill broke last week, both Amazon and Google warned of potential unintended consequences.

Amazon said in a statement that the bill, if it became law, “would harm consumers and the more than 500,000 US small and medium-sized businesses that sell in the Amazon store, and it would put at risk the more than 1 million jobs created by those businesses.”

Google said that the measure would make it more difficult for companies to offer free services – Google’s search and maps are both free – and would make “those services less safe, less private and less secure.”

Facebook, which said that it competes with a range of social media, including TikTok and Twitter, said antitrust laws should “not attempt to dismantle the products and services people depend on.”

Klobuchar chairs the Senate Judiciary Committee’s antitrust subcommittee while Grassley is the top Republican on the full committee. Co-sponsors include five Democrats and five Republicans.

The bill would not break up the companies or force them to drop services but bars some bad behaviours that affect businesses that rely on their platforms, said Stacy Mitchell with the Institute for Local Self-Reliance who said that she would prefer a more aggressive bill. 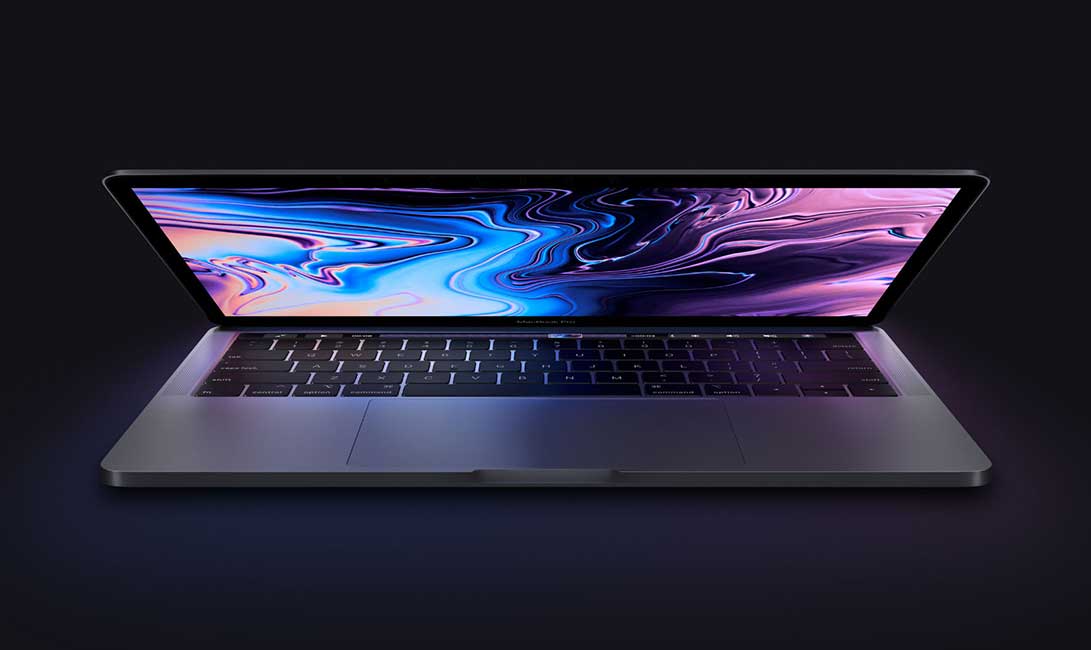 The latest beta build of Apple’s macOS Monterey has recently provided clues about the resolution of the company’s rumoured 14 and 16-inch MacBook Pros.

According to The Verge, the seventh beta of the upcoming operating system contains references to ‘3456 x 2234 Retina’ and ‘3024 x 1964 Retina’, which are two resolutions not supported in any of Apple’s current Macs.

This theorises that the two new resolutions correspond to Apple’s much-rumoured 14- and 16-inch MacBook Pros, which are widely expected to launch this year with new designs and a new Arm-based Apple processor called the M1X.

Along with the improved screen resolutions, both laptops are rumoured to feature a revived magnetic MagSafe laptop charger and the return of useful ports like an SD card slot and HDMI.

As per The Verge, the widely disliked OLED Touch Bar is also reportedly on the way out. The new laptops are expected to be announced at an Apple event this year, although an exact date is yet to be made public. 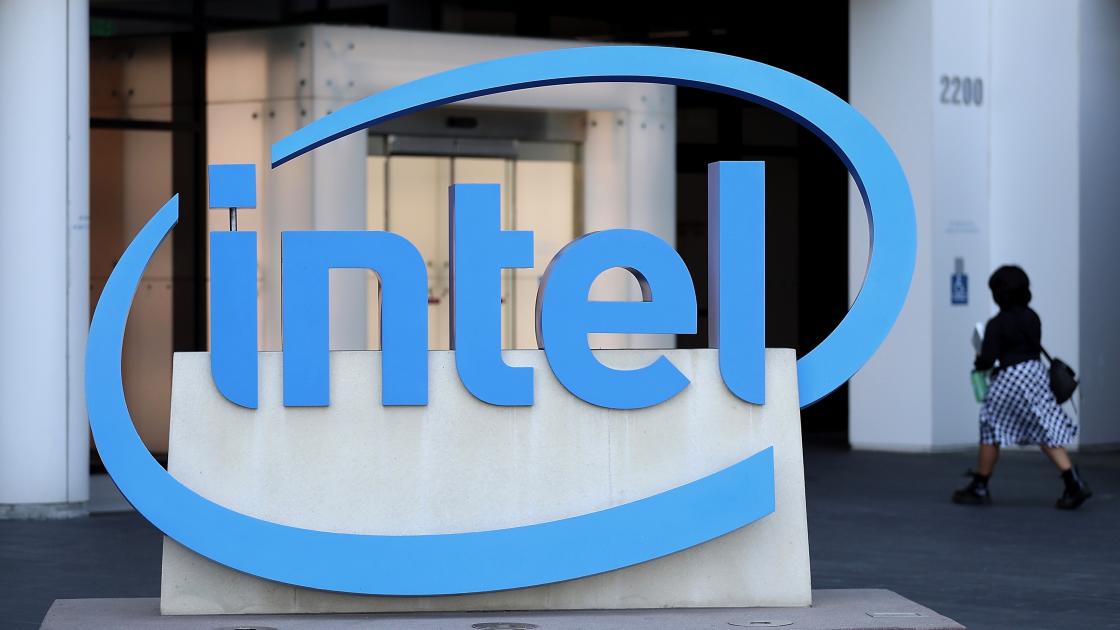 Intel on Friday broke ground on two new factories in Arizona as part of its turnaround plan to become a major manufacturer of chips for outside customers.

The $20 billion plants — dubbed Fab 52 and Fab 62 — will bring the total number of Intel factories at its campus in Chandler, Arizona, to six. They will house Intel’s most advanced chipmaking technology and play a central role in the Santa Clara, California-based company’s effort to regain its lead in making the smallest, fastest chips by 2025, after having fallen behind rival Taiwan Semiconductor Manufacturing.

The new Arizona plants will also be the first Intel has built from the ground up with space reserved for outside customers. Intel has long made its own chips, but its turnaround plan calls for taking on work for outsiders such as Qualcomm, Amazon.com’s cloud unit, as well as deepening its manufacturing relationship with the US military.

“We want to have more resilience to the supply chain,” Intel Chief Executive Pat Gelsinger, who earlier in the week attended a White House meeting on the global chip shortage, told Reuters in an interview. “As the only company on US soil that can do the most advanced lithography processes in the world, we are going to step up in a big way.”

Gelsinger said it was too early to say how much of the new plants’ capacity would be reserved for outside customers. He said the plants would produce “thousands” of wafers per week.

Wafers are the silicon discs on which chips are made, and each can hold hundreds or even thousands of chips.

Intel rival TSMC has also purchased land to build its first US campus in Phoenix, not far from Intel’s location, where TSMC plans up to six chip factories , Reuters previously reported.

Gelsinger said Intel plans to announce another US campus site before the end of the year that will eventually hold eight chip factories. 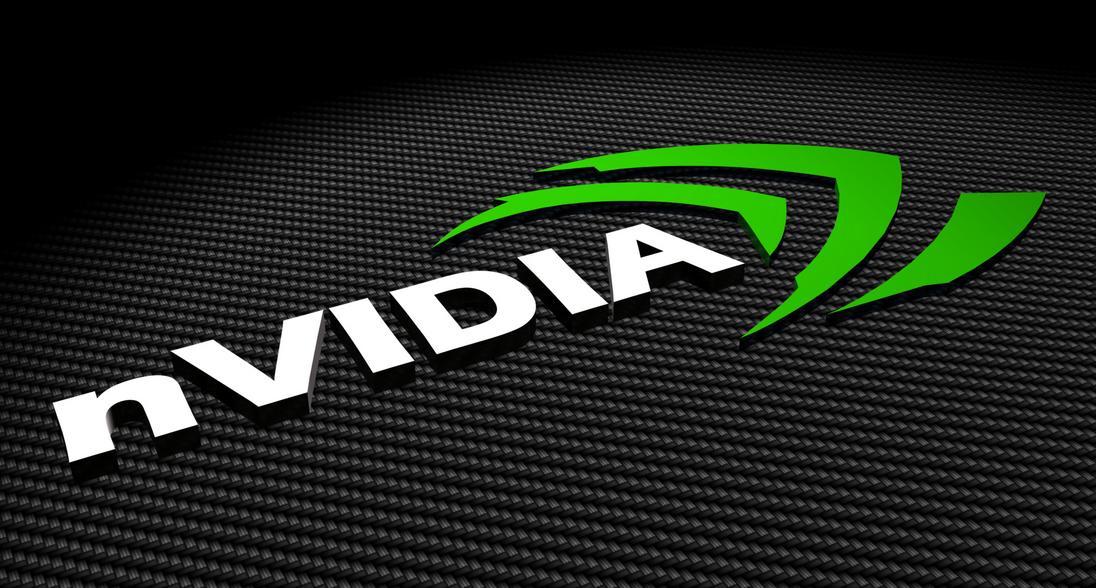 Nvidia sought EU antitrust approval of its $54-billion (roughly Rs. 3,98,090 crores) takeover of Arm, according to a European Commission filing, with regulators likely to echo worries similar to those voiced by the UK watchdog last month.

The world’s biggest maker of graphics and AI chips announced the deal last year, triggering concerns in the semiconductor industry over whether Arm could remain a neutral player licensing key intellectual property to customers and rivals.

Arm customers Broadcom, MediaTek, and Marvell are backing the deal.

“We are working through the regulatory process and we look forward to engaging with the European Commission to address any concerns they may have. This transaction will be beneficial to Arm, its licensees, competition, and the industry,” Nvidia said in a statement.

The EU competition enforcer can clear the $54 billion (roughly Rs. 3,98,090 crores) deal with or without concessions after its preliminary review or it can follow up with a four-month long investigation if it has serious concerns.

Britain’s competition watchdog has warned that the deal could damage competition and weaken rivals, and required a further lengthy investigation.

Arm, owned by Japan’s SoftBank, is a major player in global semiconductors, key to technologies from artificial intelligence and quantum computing to 5G telecoms networks. Its designs power nearly every smartphone and millions of other devices.

Intel said it could invest as much as EUR 80 billion (roughly Rs. 6,97,050 crores) over the next decade to boost the European region’s chip capacity and will open up its semiconductor plant in Ireland for automakers.

There is speculation about possible production sites, with Germany and France seen as leading contenders while Poland, where Intel also has a presence, also in the picture.

Intel, the biggest maker of processor chips for PCs and data centres, in March said it planned to open up its chip factories for outsiders to use.

Gelsinger told Reuters in April that the company wanted to start producing chips for automakers within six to nine months to help alleviate a shortage that has disrupted vehicle production around the world.

It is unclear whether the latest announcement means Intel will meet that goal.

“Cars are becoming computers with tires. You need us and we need you… The aim is to create a centre of innovation in Europe, for Europe,” Gelsinger said.

The “Intel Foundry Services Accelerator” is aimed at helping automakers learn to make chips using what Intel calls its “Intel 16” chip manufacturing technology and later move to its “Intel 3” and “Intel 18A” technologies.

Those manufacturing processes would be far more advanced than most of the processes currently used in the automotive industry. Intel said that nearly 100 automakers and key suppliers – including BMW AG, Volkswagen AG, Daimler AG, and Bosch – had expressed support for its programmes. An Intel spokesman declined to confirm whether any had committed to becoming customers. 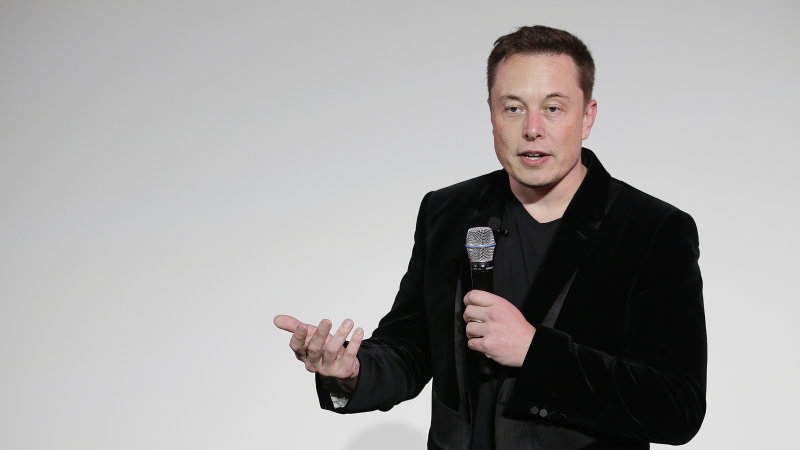 E-commerce giant Amazon and smartphone maker Samsung have also lodged opposition to the deal with US authorities, the newspaper reported.

Earlier this year, the US Federal Trade Commission opened an in-depth probe into the takeover. The probe findings are expected in the coming weeks, according to the newspaper.

Tesla, Amazon, Samsung, and Nvidia did not immediately respond to a Reuters request for comment.

Nvidia is likely to seek European Union antitrust approval for the $54 billion (roughly Rs. 3,96,910 crores) purchase of Arm early next month, with regulators expected to launch a full-scale investigation after a preliminary review, people familiar with the matter have said.

Last week, Musk said that Tesla was working on improving the much-awaited update to its self-driving software “as fast as possible.”

Musk tweeted that the Full Self-Driving Beta version 9.2 is “actually not great imo [in my opinion], but Autopilot/AI team is rallying to improve as fast as possible.”

“We’re trying to have a single stack for both highway & city streets, but it requires massive NN (neural network) retraining.”

Tesla had recently come under the scrutiny of US safety regulators, who opened an investigation into its driver assistant system because of 11 accidents where its cars crashed into stationary police cars and fire trucks.

The incidents dating back to 2018 included one fatal crash and seven that resulted in injuries to 17 people, according to the National Highway Traffic Safety Administration.

The agency “is committed to ensuring the highest standards of safety on the nation’s roadways,” a spokesperson said, and in order to “better understand the causes of certain Tesla crashes, NHTSA is opening a preliminary evaluation into Tesla Autopilot systems.”

PayPal Said to Be in $45-Billion Bid for Pinterest