The price of Bitcoin hit record highs in 2021 thanks to support from traditional finance, but cryptocurrency specialists are struggling to predict next year’s outcome for the volatile sector.

“The current choppy and directionless price action with a possibility of further pressure to the downside has introduced a lot of uncertainty to the digital asset market,” noted Loukas Lagoudis, executive director at cryptocurrency investment fund ARK36.

He added, however, that “sustained adoption of digital assets by institutional investors and their further integration into the legacy financial systems will be the main drivers of growth of the crypto space” during 2022.
No certainty in crypto

Bitcoin’s rise in 2021 coincided with Wall Street’s growing appetite for cryptocurrency. The record high in April occurred with the stock market debut of cryptocurrency exchange Coinbase.

October’s peak above $66,000 (roughly Rs. 49,00,020) followed the launch of a Bitcoin futures exchange-traded fund (ETF), or type of financial instrument, on the New York Stock Exchange.

The move by El Salvador in September to make Bitcoin a legal tender also made an impression.

But pressure has come from China’s crackdown on the trading and mining of cryptocurrencies, while the risk of wider regulatory action, from the likes of Europe and the United States, weighs on Bitcoin.

“However one thing is certain, the voices calling for crypto regulation, whether it be for tighter consumer protection or just clarity of the rules for institutions, are getting much louder.”

Bitcoin is at risk of increased competition as it enters 2022, especially from its closest rival Ethereum, according to some analysts.

In November, Twitter co-founder and CEO Jack Dorsey announced his departure from the social media platform, leaving him to concentrate on his digital payments firm as it looks to expand into cryptocurrency.

For analyst Frank Downing, “Bitcoin’s reluctance to evolve its design” compared to the likes of Ethereum, is in fact “a feature that provides the stability and consistency required to serve as a true global money”. 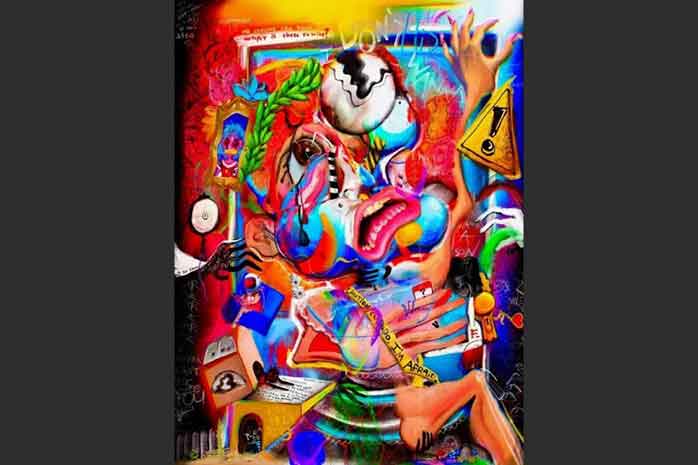 A non-fungible token (NFT) is a form of cryptocurrency asset, which records the ownership status of digital files on blockchain. OpenSea is the largest marketplace for speculators and enthusiasts to trade their NFTs, with $4.8 billion (roughly Rs. 35,870 crore) worth of sales volume so far in January.

But a flaw in the marketplace allowed users to buy certain NFTs at prices which they had been listed for in the past, without the owner realising that they were still on sale.

OpenSea did not immediately respond to a request for comment.
Ads by

“The exploit appears to come from the fact that it was previously possible to re-list an NFT at a new price, without cancelling the previous listing,” said Tom Robinson, chief scientist and co-founder at Elliptic.

“Those old listings are now being used to buy NFTs at prices specified in the past – often well below current market prices.”

For example, an NFT of a cartoon ape from the Bored Ape Yacht Club collection, Bored Ape #9991, was bought for 0.77 of the cryptocurrency ether (around $1,747 (roughly Rs. 1.3 lakh)) on Monday, despite the fact that such NFTs usually fetch hundreds of thousands of dollars.

Bored Ape Yacht Club is a set of 10,000 algorithmically generated cartoon ape NFTs made by the US -based company Yuga Labs.

The NFT’s original owner, who identified themselves on Twitter as “TBALLER.eth” (@T_BALLER6), tweeted their shock at the transaction, which they said they did not authorise:

Elliptic’s Robinson said that he had identified eight NFTs stolen in this way so far, from eight different wallets, by three attacker wallets.

He noted that while crypto wallets are usually anonymous, it may be possible for the attackers to be identified if they use an exchange to cash out into fiat currency.

As celebrities, investors, and top brands flock to the NFT market – where sales volumes and prices of some sought-after NFTs have seen eye-watering growth – the OpenSea bug may give some buyers reason to pause.

Elliptic data shows that since 2020, $2 billion (roughly Rs. 14,945 crore) has been stolen from users of decentralised finance (DeFi) through hacks.

Brazilian financial services provider Dock said on Friday it will start using cryptocurrencies to process international remittances as it expands to Latin America and Europe.

Brazilian reais will be converted into cryptocurrencies like Bitcoin then into another currency, such as the dollar, and will reach end users through Dock customers such as Vivo and Natura&CO. Bitcoin price in India stood at Rs. 29 lakh as of 12pm IST on January 24.

“It will be both a quick and cheap way of making remittances,” Frederico Amaral, head of products and technology at Dock, told Reuters in an interview.

International transfers have been an increasingly coveted niche for fintechs such as Remessa Online and Wise that can sell services more cheaply than large banks.

Created in 2014 after being acquired by the North American venture capital fund Riverwood Capital, Dock until last year was named Conductor.

Dock in December received approval from the Brazilian Central Bank to buy rival Brasil Pré-pagos (BPP), which brought with it a financial institution license.

In July, Reuters reported that Dock had hired banks for an initial public offering (IPO) in the United States.

According to Amaral, the US listing is a natural path for the company, but there is no rush because the company still has part of the $170 million (roughly Rs. 1,270 crore) it received at the end of 2020 from investors such as Temasek, Viking Global and Sunley House, a unit of Advent International.

Bitcoin dropped again on Saturday and was last down around 4 percent for the day, hovering around the $35,000 (roughly Rs. 26 lakh) level.

The currency has had wild price swings and has been hit as risk appetite has fallen on inflation fears and anticipation of a more aggressive pace of interest rate hikes from the US Federal Reserve.

Other risk assets have fallen with stocks falling on Friday. The S&P 500 and Nasdaq recorded their biggest weekly percentage drops since the start of the pandemic in March 2020.

In a research note on Friday, Edward Moya, senior market analyst for the Americas at OANDA, said bitcoin was falling as “crypto traders de-risk portfolios following the bloodbath in stocks” and in advance of next week’s Federal Reserve policy meeting.

Ether, the coin linked to the Ethereum blockchain network, dropped 6.7 percent to $2,396 on Saturday. Ethereum price in India stood at Rs. 2.04 lakh as of 10am IST on January 24.