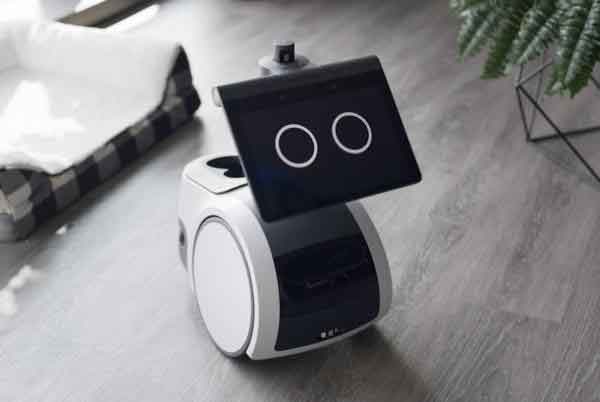 Amazon on Tuesday announced a household, canine-like robot called Astro and a deal with Walt Disney to imbue its voice-controlled tech in resort hotels, striving to make its virtual aide Alexa a bigger part of consumers’ lives.

The home robot is designed to take up tasks such as home monitoring, setting up routines and reminders, and can play music and TV shows while rolling around the house. The device, which has digital eyes on a rotating screen mounted on wheels, is available at an introductory invite-only price of $999.99 (roughly Rs. 74,190) and regular price of $1,449.99 (roughly Rs. 1.07 lakhs).

Among other launches in its latest lineup were a smart thermostat, smart display Echo Show 15, and a new health-tracking band called Halo View.
Ads by

The Echo Show 15 can be mounted on a wall and is powered with AZ2 Neural Edge, a processor that helps users personalise the screen.

In its push to appeal to the next generation of customers – kids – the company introduced Amazon Glow, a gadget for playing games, reading or drawing while on a video call.

In its partnership with Disney, it will launch an Alexa-powered voice assistant at Disney’s theme park hotels, along with a paid feature that lets customers interact with Disney characters at home.

The feature is expected to launch next year and will let users interact with Disney characters with the ‘Hey, Disney!’ voice command.

Amazon has launched a number of new gadgets every year, including sunglasses with voice control and an in-home drone, that have not become massive sellers.

Devices make up for a fraction of Amazon’s overall sales.

Apple AirTags Could Factor Into US Senate Antitrust Hearing

Apple AirTags Could Factor Into US Senate Antitrust Hearing 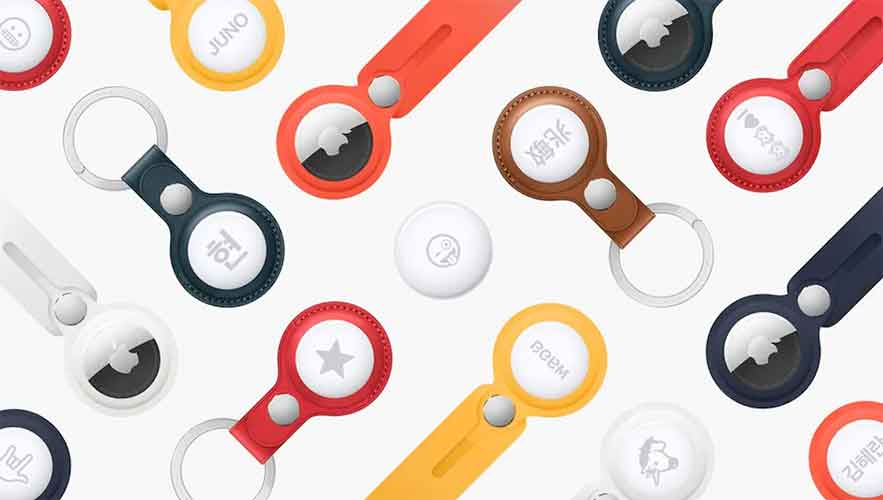 Apple on Tuesday announced the launch of attachable AirTags to help users track lost items, and the devices could become the focus of a rival company’s challenge during a hearing before the US Senate on Wednesday.

When attached to keys and other items, the tags communicate with Apple devices to help users find the items if lost. They compete with Tile, a startup company that has sold a similar device for more than a decade and has testified to US lawmakers that Apple’s privacy practices have put Tile’s products at a disadvantage.

In a statement on Wednesday, Tile’s Chief Executive CJ Prober said lawmakers should examine Apple’s entry to the tracker tag product category at a US Senate committee hearing where Tile will testify.

“We welcome competition, as long as it is fair competition,” Prober said. “Unfortunately, given Apple’s well documented history of using its platform advantage to unfairly limit competition for its products, we’re skeptical.”

Apple said it had recently opened its iPhone’s systems to third-party tag trackers in ways that meet Apple’s privacy standards.

“We have worked from the very beginning of iPhone to help protect the privacy of users’ location data, giving them transparency and control over how all apps may access, and share their location,” Apple said in a statement.

“We have always embraced competition as the best way to drive great experiences for our customers, and we have worked hard to build a platform in iOS that enables third-party developers to thrive.”

Tile will testify this week before the US Senate Judiciary Committee’s antitrust panel headed by Senators Amy Klobuchar, the Democratic chair, and Mike Lee, its ranking Republican. The hearing will focus on competition concerns from developers who rely on Apple and Alphabet-owned Google’s app stores to reach consumers.

Apple and Google executives will testify as will executives from music streaming service Spotify and dating service Match, both of which have criticised Apple’s requirements to use its payments system and to pay commissions on sales from the App Store.

Tile’s concerns have centered on Apple’s privacy controls and restrictions and whether Tile has the same access to the iPhone’s hardware and systems as Apple’s own products.

In testimony last year, Tile said it had maintained a productive relationship with Apple, selling its products in Apple’s stores, but that the relationship rapidly deteriorated in 2019 when Apple announced it would enhance its FindMy app to work more like Tile.

Tile testified that Apple hired away one of its engineers around that time and also tightened up its privacy controls by adding more steps before third-party developers could access a user’s location data, which the Tile devices require to function. But to use Apple’s FindMy system, third-party developers face limits on how much data they can collect on customers. Tile argued that the extra steps put its products at a disadvantage to Apple’s own FindMy app.

In 2020, Apple began to open up the FindMy app to third-party developers. Last month, Apple opened the programme, saying that it would release a chip blueprint that third parties could use to take advantage of the iPhone’s hardware. Three companies have announced products that use Apple’s new system, including electric bike maker VanMoof and Chipolo, which makes an item tracker similar to Tile’s devices.

Tile has not said whether it plans to use Apple’s programme for third-party access to the FindMy app.